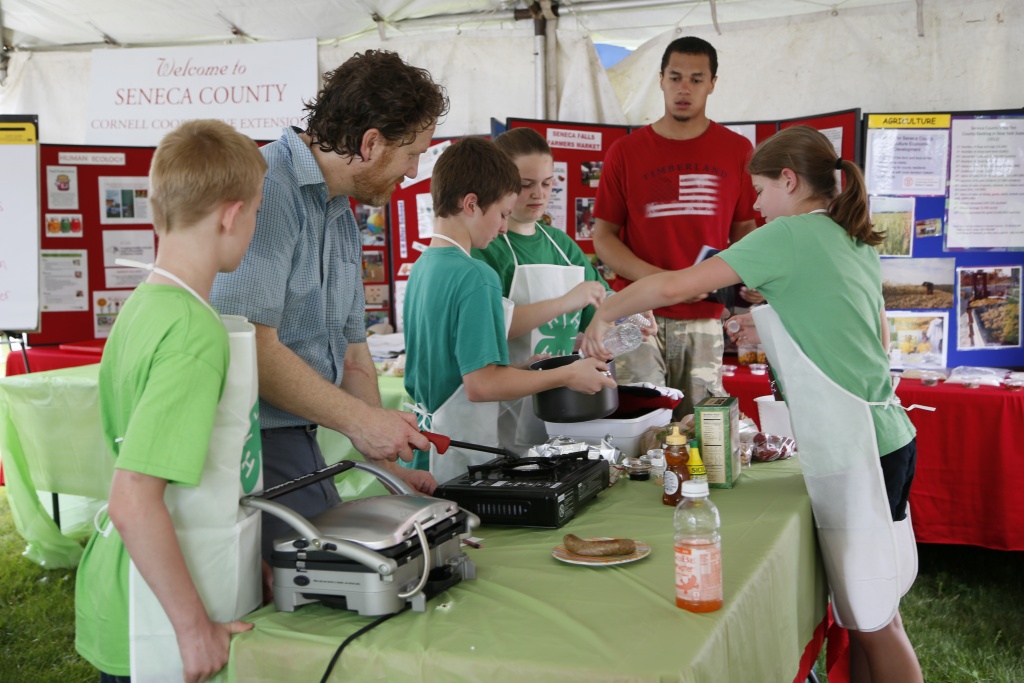 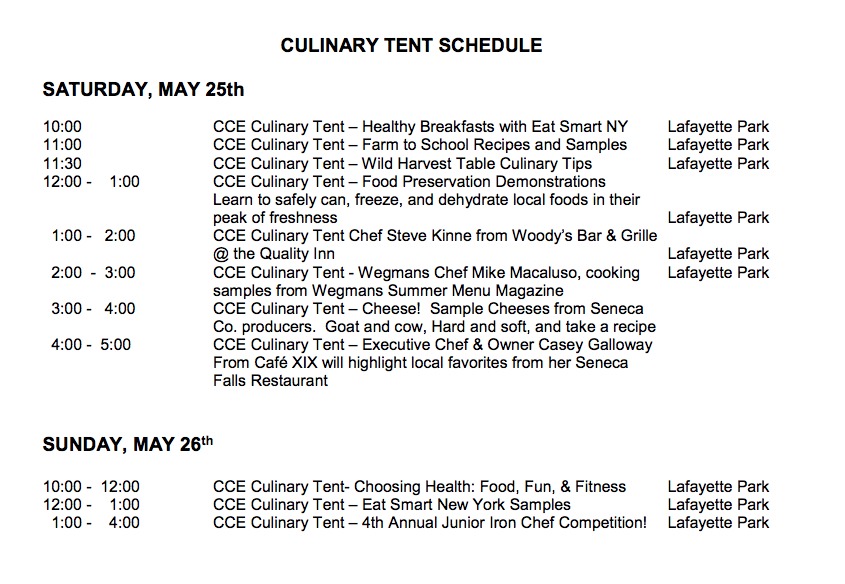 On Saturday morning, May 25th, a buffet breakfast will be served from 7:00 to 10:00 am at the Legion home at 1 E. Williams St. The menu includes scrambled eggs, meat, fruit cup, toast, juice, coffee and that Army staple, chipped beef on toast.
On Sunday morning, May 26th,  Waterloo Memorial Post 6433 VFW will serve breakfast from 8 to 11 a.m. at the post home on East Elisha Street. The menu includes scrambled eggs, home fries, pancakes, sausage, bacon, fruit cup, toast, juice and coffee. 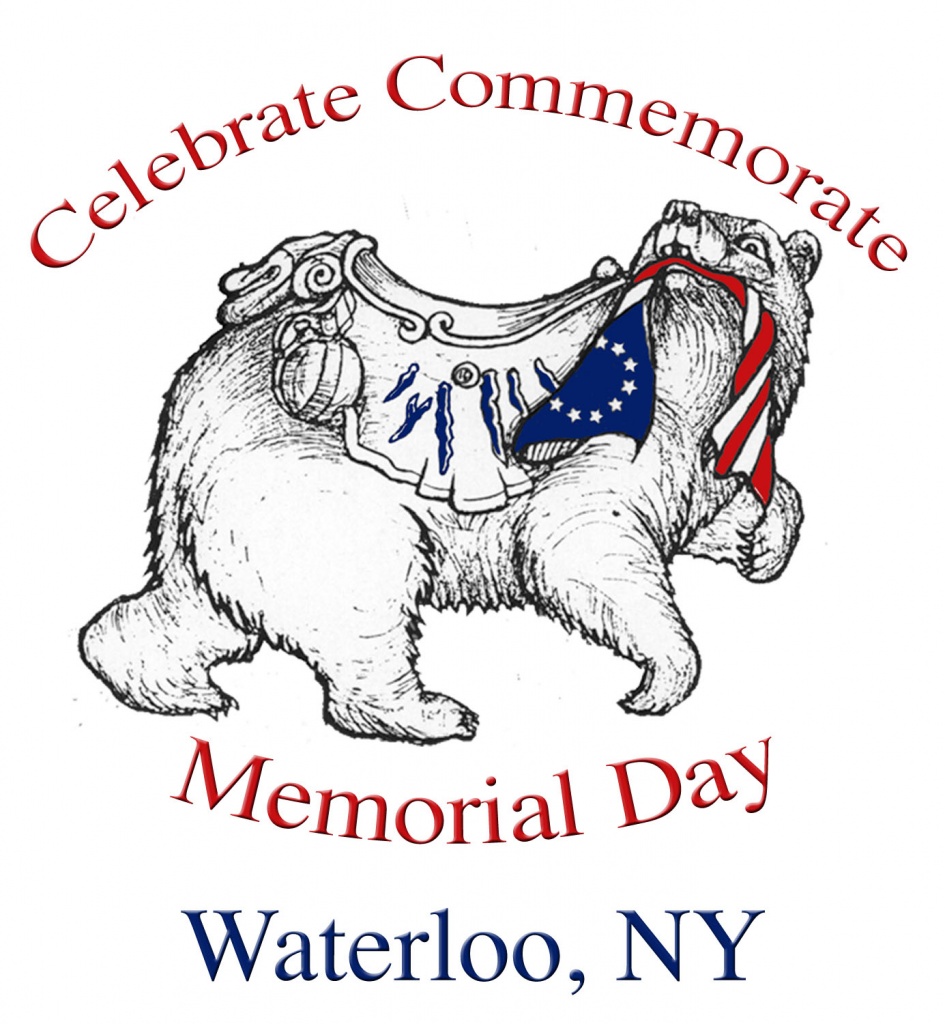 Stop at the Visitor’s Booth at the corner of Lafayette Park to pinpoint your state on the
giant map, or to learn about what is happening and where activities are taking place. 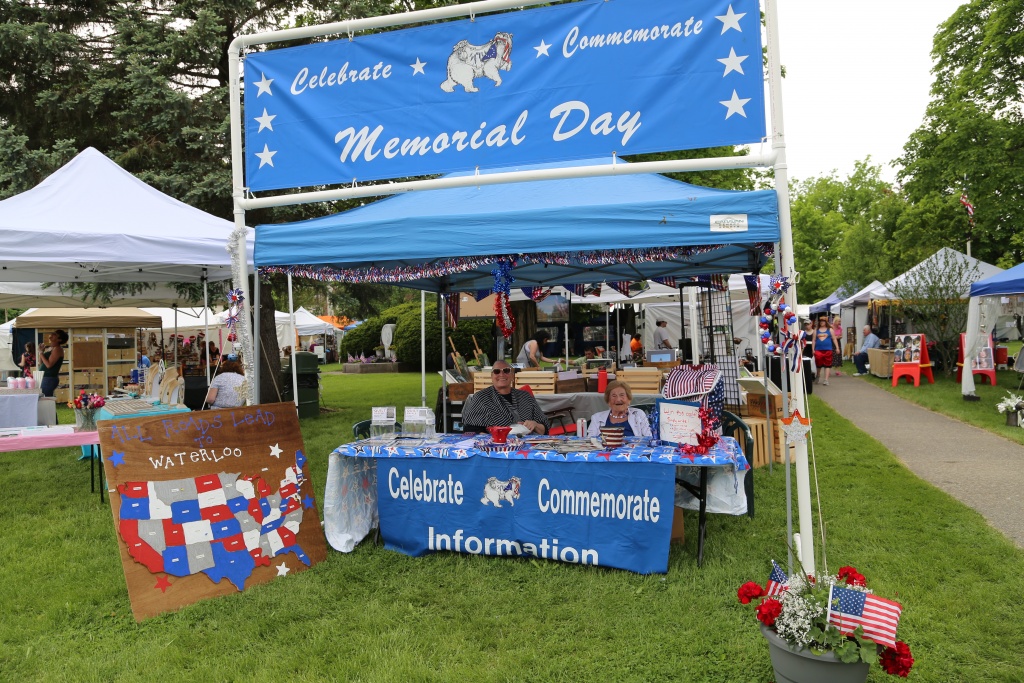 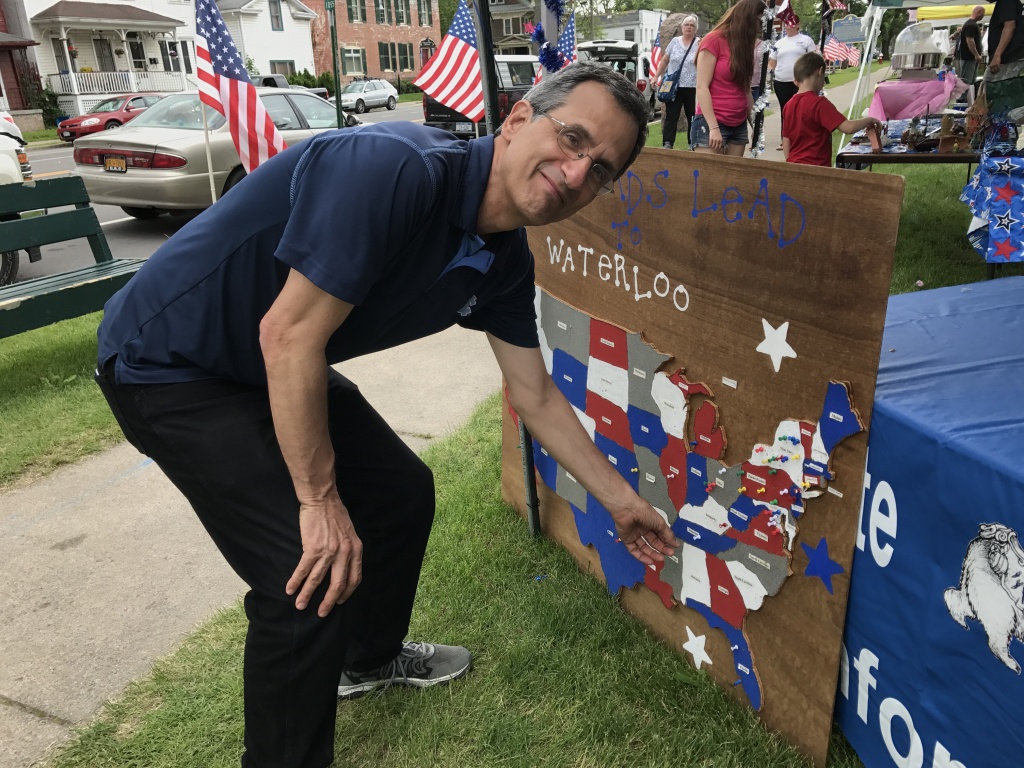 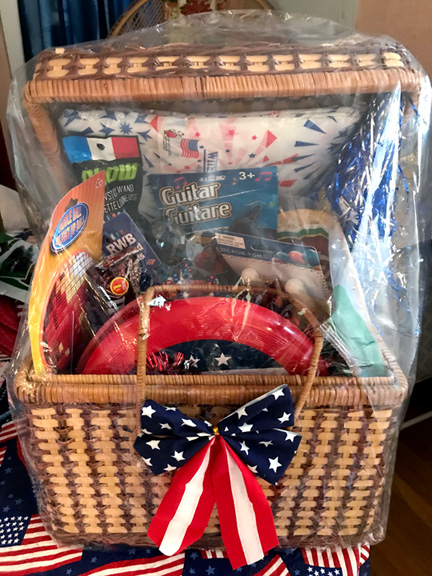 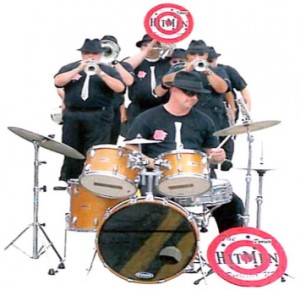 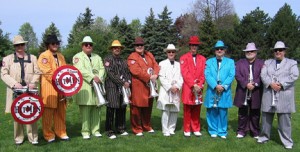 Depart Oak Island, Waterloo, aboard the Seneca Lake Reel Tours, a 50-foot catamaran, and travel down the Cayuga-Seneca Canal passing through the Waterloo lock and descending 15 feet.

Drinks and snacks available for purchase.  Bathroom on board. 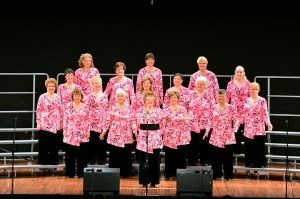 “The Culinary tent is a great resource to learn about foods grown and produced locally in Seneca County and the surrounding Finger Lakes area,” said CCE Executive Director Ave Bauder. “The public is invited to taste delicious samples, while getting new recipes and nutrition tips.

Saturday will feature local chefs and restaurants offering taste samples
and Sunday will offer a Jr. Iron Chef Competition.  Check it out. 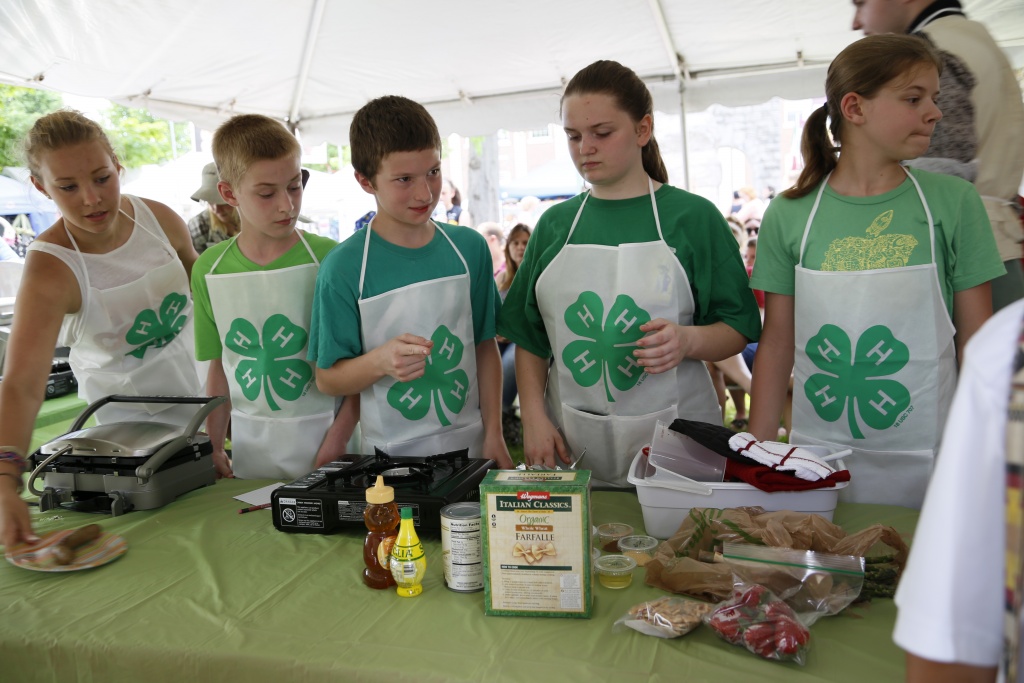