Ever wonder how Waterloo came to hold its first Memorial Day observance that led to the village becoming the official Birthplace of Memorial Day?

The one-act play, “Our Great Heritage” will be performed one time only at 7 p.m. on Thursday, May 5, (the original Memorial Day) in the Waterloo Library’s Fatzinger Hall, 31 East Williams Street.

The play will be preceded at 6 p.m. by a prelude of live Civil War music, a reception featuring grazing stations by Ciccino’s Restaurant, and a silent auction. Several wartime exhibits will be on display as well. Tickets are $20, available at the library or at the door the evening of the performance.

“Our Great Heritage” is a retelling of the roots of Memorial Day. It was written in 1966 by Waterloo High School teacher Don Whitman, Waterloo guidance counselor Don Eshenour, Christine Lucas and historian John Becker to help commemorate the 100th anniversary of Memorial Day.

Duprey said he is excited to produce the play not only because of its significance to the history of Waterloo but because “Don Whitman, the lead author, was my high school director and a tremendous influence on me when I was in school. I owe a great deal to him even today.” 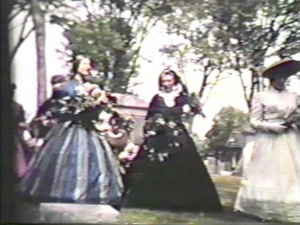 The play is really all about the “why” of Memorial Day, Duprey said. “It’s about a group of visionaries who believed it’s not only important to remember, it’s also important to know WHY we remember. It obviously serves as a pat on the back to the people of Waterloo and to Henry C. Welles in particular, but it’s more than that. It’s an important part of our identity in a national sense.”

Duprey said the cast has worked hard to bring the play to life in a way that is emotional as well as informational. “That’s not an easy thing to do when dealing with cold hard facts,” he said. “It’s been a pleasure working with them.”

Celebrate Commemorate events will be May 27-29.

The 150th observance of Memorial Day will be on May 30.