The solemn remembrance will continue at 4 p.m. when the military parade steps off from Main and Clark streets, proceeding down Main Street to Lafayette Park where several veterans organizations will participate in the laying of the wreaths at the veterans monuments in the park. The program will include the recitation of the Gettysburg Address and Logan’s Orders by students from Waterloo High School, Speeches by honored dignitaries, the playing of the National Anthem by the high school band, Salute to the Dead gun vollies by the veteran led honor guard and the playing of Taps. 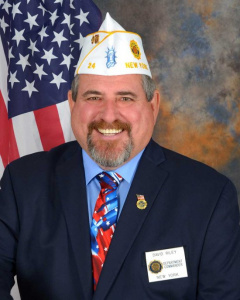 U.S. Air Force veteran David R. Riley Sr. of Rome is the new state commander of The American Legion. His election as Department of New York commander concluded the 104th Annual Department Convention, held July 14-16, 2022 in Binghamton. During his one-year term, Riley visits counties all around the state to share The American Legion message of veteran advocacy and community involvement.

A life member of The American Legion, Riley joined Utica Post 229 in 1995 and transferred in 2000 to Rome’s Henry P. Smith Post 24, where he served as commander from 2004 to 2006. In addition to many other positions at the post level, Riley was 2012-2013 Oneida County commander. He served on several committees on the county level, and also was appointed vice commander at the district level. On the Department, or state, level, Riley has been an instructor and vice dean of Legion Family College of New York, and served four years as Membership chairman and four years as Law and Order chairman. On the national level, he was a facilitator at American Legion College in 2012 and he serves as a consultant on the Membership & Post Activities Committee.

Riley is married to the former Laurie Evans. They have four children, David Jr., Lindsay, Katelyn and Kurt (married to Fabiola); and two grandsons, Chase and Apollo. 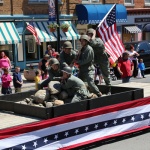 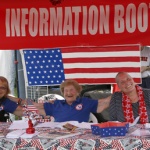 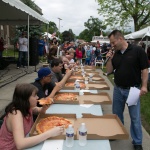 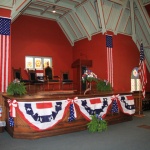