The Gridley Inn will be hosting a Historic Candy Tasting by Author,

Susan Benjamin. Susan will enthusiastically teach you about where

candy and its’ flavors came from throughout history; while she offers

you her candy tasting experience.

Following your history of candy, Seneca County Historian and Author,

candy available during the war. 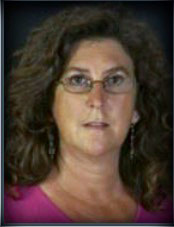 “Here’s what is so fantastic about Sweet as Sin: you think you’re just going to be reading about the history of candy, but intertwined you find so many untold stories of the history of America. Sweet as Sin is filled with exciting stories of slavery, spies, inventors, and men and women who helped shape and define America in their quest to succeed. Sweet as Sin will be the ‘candy bible’ in my museum stores. Thank you, Susan Benjamin, for making my job so much fun!” —Michele Schulz, visitor services manager, Days of ’76 Museum

“Sweet as Sin is a delightfully delicious look at the history of candy. It is a wonderful journey from start to finish and is filled with intriguing facts, pictures, and anecdotes. This is a must-read for anyone with a sweet tooth!”

The Unwrapped Story of How Candy Became America’s Favorite Pleasure

Readers with an interest in the history of food and Americana will savor this cultural history.

There’s more to candy than its sugary taste. As this book shows, candy has a remarkable history, most of it sweet, some of it bitter. The author, a food historian and candy expert, tells the whole story—from the harvesting of the marshmallow plant in ancient Egypt to the mass-produced candy innovations of the twentieth century. Along the way, the reader is treated to an assortment of entertaining facts and colorful characters. These include a deposed Mexican president who ignited the modern chewing gum industry, the Native Americans who created pemmican, an important food, by mixing fruit with dried meat, and the little-known son of a slave woman who invented the sugar-processing machine still in use today.

Susan Benjamin traces people’s changing palate over the centuries as roots, barks, and even bugs were savored as treats. She surveys the many uses of chocolate from the cacao bean enjoyed by Olmec Indians to candy bars carried by GIs in World War II. She notes that many candies are associated with world’s fairs and other major historical events.

Fun and informative, this book will make you appreciate the candy you love even more by revealing the fascinating backstory behind it.

Susan Benjamin is a candy historian and owner of the nation’s only historic candy stores located in Historic Harpers Ferry, WV, and Fredrick, Maryland. She has been featured on numerous media outlets including Fox News, Voice of America, the Sacramento Bee, the Pittsburgh Press, and other newspapers, blogs, and radio programs. Currently being considered to host a major network television program on historic candy, she is also working with a veteran PBS producer to create a YouTube channel on the topic. She regularly speaks at museums, business meetings, historical societies, and other events. The author of nine books, Benjamin is also a journalist, former college professor and radio show host, and a member of the Culinary Historians of Washington.

Seneca County and the Civil War

Though hundreds of miles away from the death and destruction of the battlefield, Seneca County, New York, contributed more than its share for the preservation of the Union. Many brave men left home to fight, suffering hardships and casualties. John Hoster, great-grandfather of the book author, was captured in June 1864 and held at the infamous Andersonville prison camp. Hoster’sjournal has provided invaluable insight into what soldiers held prisoner at Andersonville endured. At home, Seneca County farmers fed Lincoln’s hungry army, and the story of the Scythe Tree is a reminder of those many who never returned home from battle. After the Civil War, Waterloo’s celebration in remembrance of fallen soldiers was copied around the country, and Waterloo is recognized as the official birthplace of Memorial Day. Seneca County Historian Walter Gable recounts the remarkable story of Seneca County during the Civil War.

Walter Gable has been the Seneca County Historian since August 2003. He was a social studies teacher for 32 years. He earned both his bachelor’s and master’s degrees at Syracuse University. He was president of the New York State Council for the Social Studies and was the recipient of its Distinguished Social Studies Educator Award. He received Seneca Falls’ Community Service Award in 2012 and the Seneca County Chamber of Commerce’s Lifetime Achievement Award in 2015.